Background: Acadiana Security Plus (ASP), based in Lafayette, LA, is a long-standing traditional alarm installer with their own central monitoring station. ASP is far and away the market leader in the six-parish region known as Acadiana; however, the company’s primary focus had always been the residential alarm market with small to mid-size businesses following that, but never reaching the level of success the company enjoyed in the residential space.

The Challenge: Most companies of this stature would be content enough to rest on their laurels and continue the same level of success through the same business model, but Acadiana Security Plus had other ideas and loftier goals.

“We wanted to explore new ways to diversify and grow the business,” said Managing Partner Keith Schexnider. “We took a long look at the type of customers we have and, more importantly, the ones we don’t have or have enough of. Then we looked at the types of services we needed to offer to obtain more of those types of customers. We determined that remote video monitoring and other managed services could be a catalyst for us in that regard.”

In order to build a viable remote video monitoring and managed services program, ASP needed to expand their presence in the commercial space but did not necessarily have the right infrastructure or tools in place to differentiate their service offerings from competitors already focused on the commercial market.

The company had tried a couple of different video verification solutions in the past, but it never blossomed into a viable business model for them because those solutions did not offer the level of service that would be valuable to the commercial world. The company knew that they needed a more robust solution that would allow them to work with several types of video systems and provide more interactive services as opposed to simple video verification. The question became: How could ASP consistently support a growing range of different video devices, expand their suite of monitoring services and deliver them without a major capital expenditure?

“Our goal was take a $30-$40 per month account and turn it into a $100-$200-$500 dollar-plus account per month and to do it tenfold,” said Schexnider. “We just needed to find the right solution to enable us to do that and we found Bryan Ebeling our Video Manager. Bryan was very experienced and knowledgeable with the video monitoring world. Bryan introduced the Immix platform to ASP and has been leading the charge forward for ASP to be very successful in this market.

With his knowledge, experience, out of the box thinking, and mostly Bryan’s leadership, ASP is going to be very successful in the video monitoring market.” 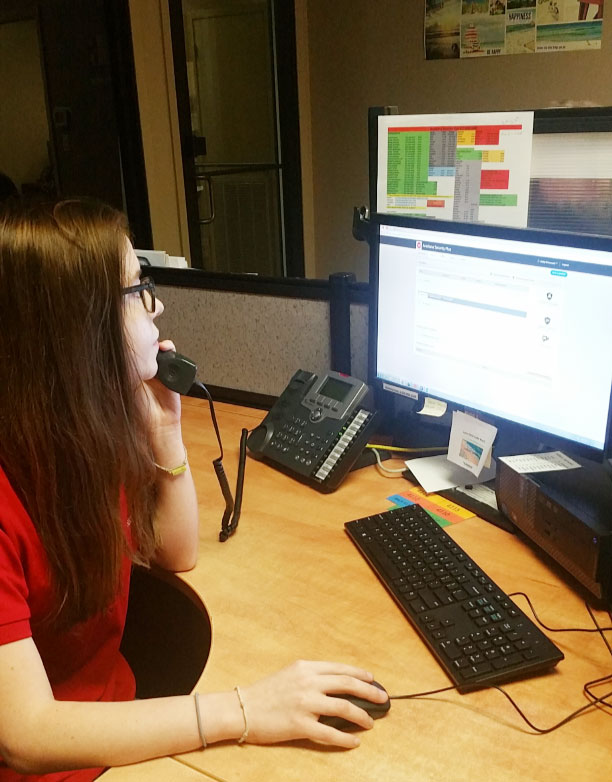 The Solution: Immix CS was the logical choice as the right platform to monitor current and future systems, while offering the service package that would meet the company’s needs in expanding their commercial offering.

ASP was very fortunate to find Bryan, who was intimately familiar with Immix CS from a previous position managing another monitoring center that used it extensively. That made it an easy sell to management because the personnel were already in place that could deploy and implement the product as well as train the monitoring staff.

ASP implemented Immix CS in January of 2017. It took about one month to get the supervisors and technical support staff up to speed and about three months to get all monitoring staff properly trained and comfortable with all aspects of the platform. The company runs Immix CS two ways: through the Bold Manitou platform for all video verification accounts so as not to disrupt the normal workflow of the dispatchers who are used to handling traditional alarm accounts, and as a standalone platform for all remote guarding and interactive accounts. The company is currently utilizing same staff for both deployments, but plan to separate the two platforms and personnel entirely once the number of monitored accounts allows for economy of scale to do so.

Immix’s unparalled integration library allows operators to work with many different video systems into one easy to use interface. Devices are integrated using a standard methodology that normalizes response protocols in the monitoring center, regardless of the device in the field, thus making operations faster and more efficient. It also centralized ASP’s IT resources, reducing their capital expenditures by not having to deploy multiple servers specific to standalone VMS or other systems.

To get started from a sales perspective, ASP began selling simple services such as health checks and eCare alerts as mandatory add-ons to accounts to maintain the integrity of a customer’s security system. The sales staff was quickly educated on the new service offerings through a full-scale sales training program to help them better understand the concepts, value-adds and mindset change required to selling video RMR services at much higher prices than traditional alarm RMR. The company developed a competitive compensation plan and quota to incentivize commercial sales staff to sell the services Immix CS enables and combined this with a strategic sales plan to target specific vertical applications with proven value advantages for video monitoring and managed services. These specifically included:

The Results: After just one year with Immix CS in place, ASP has added more than 50 video monitoring accounts solely through direct sales (the company does not currently offer a wholesale service or VAR program). Those sales have added more than $8k in commercial RMR through video monitoring and managed services. Commercial sales now account for 53% of the company’s revenue, whereas the previous year it only accounted for 44%. By EOY 2018, the company expects the revenue split to be 60/40 in favor of commercial– this from the market leader in residential alarm sales.

“The addition of Immix has been a tremendous benefit to our business,” said Schexnider. “It has truly opened up new verticals for us, enabled us to sell more high-end, feature-rich products whereas our competition is typically selling lower-end hardware. We have been able to achieve much better cash flow due to the higher margins on video products and RMR services and we feel like we are just getting started.”

Of the target markets they set out to tackle, they have seen at least some level of success in each.

ASP was able to secure a contract with the largest regional automotive conglomerate to secure multiple dealerships through video analytic monitoring and talk-down to the tune of several thousands of dollars a month in RMR. The solution has resulted in several arrests and theft or damage preventions at those customer sites.

The company targeted the financial vertical (banks/credit unions) by offering a video escort service for opening and closing procedures when situations do not allow for at least two people to be present to perform those tasks. 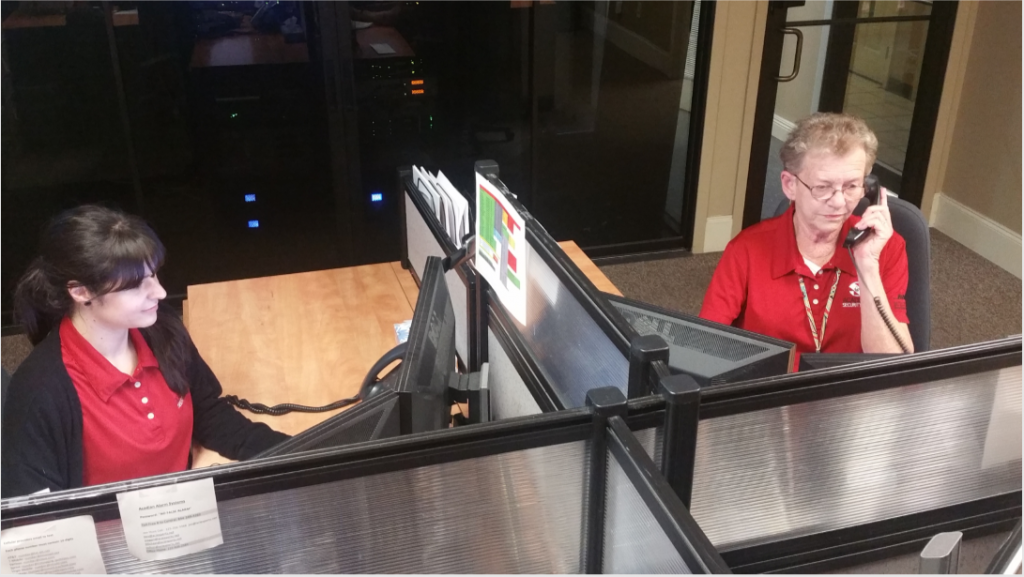 The company is also securing several sites for both electric utility providers, as well as oil and gas entities, including their largest account to date with 37 IP cameras running advanced video analytics in a campus environment.

ASP is securing a local public park after hours using analytics to deter drug deals and graffiti monitoring and have already made several arrests.

To provide peace of mind to retailers, ASP offers a safe supervision service which they are currently providing to some local jewelers in conjunction with hold-up response in those environments.

Finally, the company is also working on a special project with the US Secret Service for a unique, but confidential video monitoring solution. An arrest was made in the first few days after deployment of this solution and has thus led to expansion of the project nationwide and is generating RMR on both the monitoring as well as the rental of the equipment designed for the solution.

The Summary: In an industry that is often resistant to change, particularly migrating away from a model that has been successful for so long, ASP proved it can be done with the right intentions, tools, attitude and strategy. Making the commitment to build a video monitoring program and implement the Immix CS product elevated the company’s capabilities, as well as the perception of the company among key target verticals and resulted in stunning success in a very short time. The sky is the limit as ASP continues to grow, evolve and fine tune their offerings and capabilities.

Chubb runs one the largest stations in the UK using Immix CS for their video monitoring and interactive services.
read case study 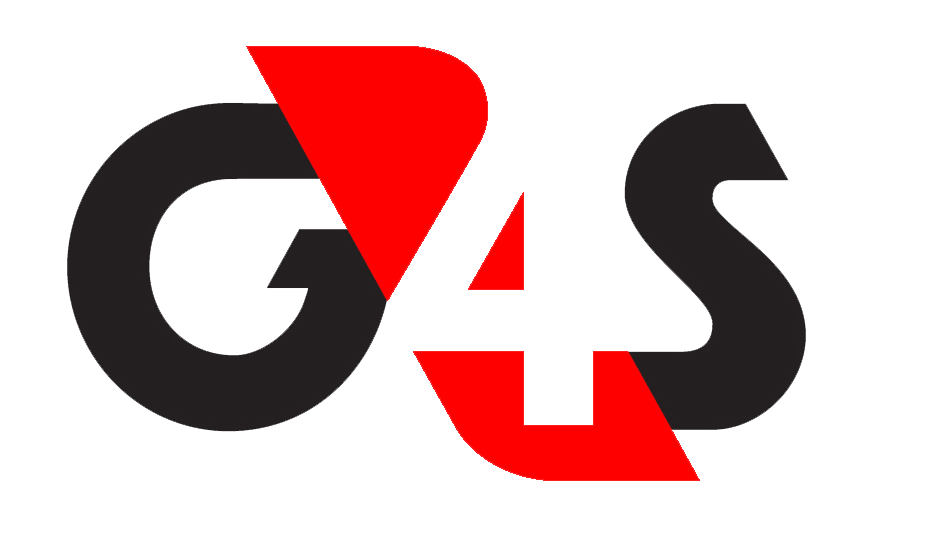 WANT TO LEARN MORE ABOUT HOW IMMIX CS COULD WORK IN YOUR ENTERPRISE?

Request a meeting & demo with our team!